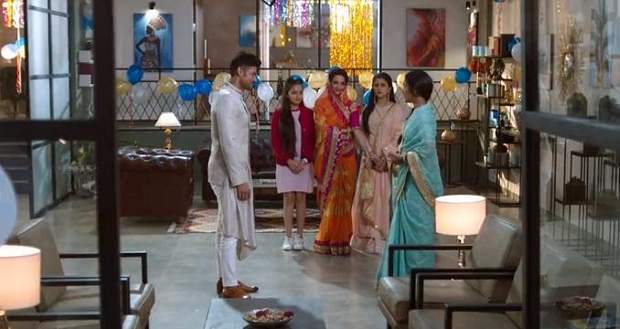 In the forthcoming episodes of Star Plus’s serial Shaadi Mubaarak, Preeti will question K.T about her partnership rights.

Up until now in Shadi Mubarak, K.T proposed Preeti to be his business partner but Preeti rejected his offer. Later, K.T somehow convinced Preeti and she accepted his business proposal.

Now based on the spoiler news of Shaadi-Mubarak, K.T will purchase a big office for his new business with Preeti. Meanwhile, Preeti will question K.T about her partnership rights and will taunt him for not asking her before buying such a big office.

Further, K.T’s mother will confront Preeti and will tell her about K.T’s luxury lifestyle according to the gossip updates of Shaadi Mubark serial.

Let’s see what happens next in the future story of Shaadi Mubarakk serial.