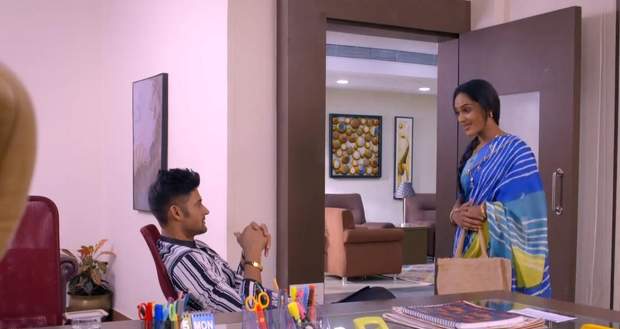 In the upcoming episodes of Star Plus’s Shadi Mubarak serial, K.T will confront Preeti in the office for lying to him.

Up until now in Shaadi-Mubarak story, Tarun manipulated Priyanka and asked her to help him in getting information about Preeti’s business contracts. Further, Mrs Gopalani humiliated Preeti for her dark complexion.

Now as per the gossip of Shaadi Mubarak, K.T will attend the business meeting and will decide to meet Preeti personally to give her the good news about their first contract. He will go to Preeti’s house and will be shocked to learn that Preeti lied to him about her bad throat.

He will further confront Preeti in the office and will tell her that he cannot bear any lie according to the latest spoiler of Shadi Mubarak serial.

Let’s see if Preeti will give any explanation to K.T or not in the future story of Shadi Mubarak serial.

© Copyright serialsindia.com, 2018, 2019, 2020. All Rights Reserved. Unauthorized use and/or duplication of this material without written permission from serialsindia.com is strictly prohibited.
Cached Saved on: Wednesday 1st of February 2023 09:46:32 PM