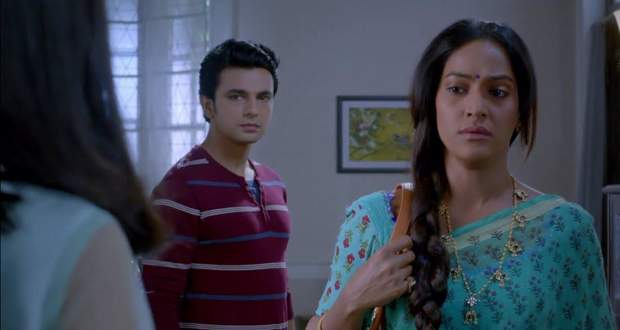 In the upcoming episodes of Star Plus’s serial Shadi Mubarak, Preeti will go to meet Tarun at his place.

Up until now in Shaadi-Mubarak, Tarun challenged Preeti to prove herself as a deserving businesswoman. Later, Rati asked Tarun to trap Priyanka in his friendship so that they could use her against Preeti.

Now based on the serial gossips of Shaadi Mubarak, Priyanka’s marriage will be fixed with Amit but she will be in a dilemma on getting an apology message from Tarun. Meanwhile, Preeti will go to meet Tarun at his place and this will give a huge shock to Tarun.

He will assume that Preeti has decided to back off from his challenge according to the future twists of Shaadi Mubarak serial.

Let’s see what happens next in the approaching episodes of Shadi Mubarak serial.

© Copyright serialsindia.com, 2018, 2019, 2020. All Rights Reserved. Unauthorized use and/or duplication of this material without written permission from serialsindia.com is strictly prohibited.
Cached Saved on: Friday 20th of May 2022 11:24:34 PM