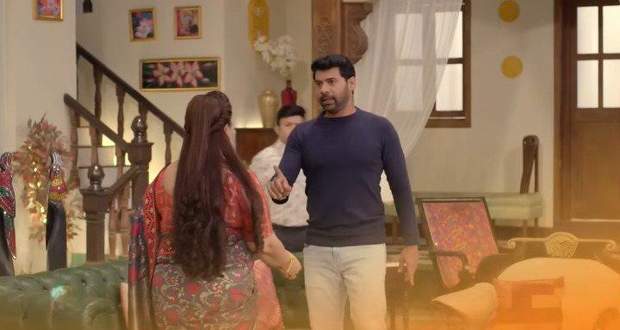 In the upcoming story of Pyar Ka Pehla Naam Radha Mohan, Mohan (played by Shabir Ahluwalia) confesses his love for Radha in front of everyone.

At Trivedi House, everyone including Mohan sees the CCTV footage of Hriday (played by Pranav Kumar) kidnapping Radha (played by Neeharika Roy) and taking her away forcefully.

On top of that, Gungun (played by Reeza Choudhary) hides in the bonnet of the car.

While Kadambari bemoans in pain, asking why is Lord Krishna sending trouble in her house, again and again, Mohan gets heated up.

Without caring for Damini or Kaveri, Mohan angrily says how dare Hriday to touch his Radha, and raises his hand at her.

Kadambari’s eyes get widened in shock to see Mohan so angry while Damini holds herself together from reacting publicly.

Will Mohan be able to catch Hriday before he hurts Mohan’s Radha?

Stay tuned to see how Mohan reaches Radha and does to Hriday in future episodes of Radha Mohan! 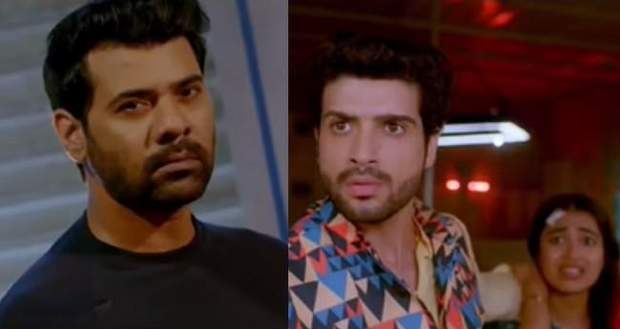 © Copyright serialsindia.com, 2018, 2019, 2020. All Rights Reserved. Unauthorized use and/or duplication of this material without written permission from serialsindia.com is strictly prohibited.
Cached Saved on: Saturday 26th of November 2022 09:58:08 PM