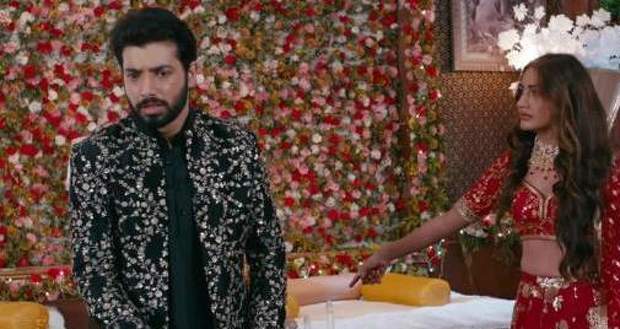 In the forthcoming episodes of Colors TV’s popular serial Naagin 5, Bani will heal Veer’s wounds and they both will get closer.

Up until now in Naagin 5 serial, Veer married Bani to take revenge for his brother’s death. Meanwhile, Jai made a plan to kill Bani to get the Naagmani after Bani's death.

Now as per the latest gossips of Naagin 5, Veer will be injured while saving Bani from the attacks of Mayuri and Jai. Later, Bani will take her Naagin avatar to heal Veer’s wounds using her powers.

Bani and Veer will further get closer after saving each other's lives and will feel a connection between them according to the recent story gossip of Nagin 5 serial.

Let’s see what happens next in the upcoming episodes of Naagin 5 serial.

© Copyright serialsindia.com, 2018, 2019, 2020. All Rights Reserved. Unauthorized use and/or duplication of this material without written permission from serialsindia.com is strictly prohibited.
Cached Saved on: Wednesday 1st of February 2023 08:24:52 PM