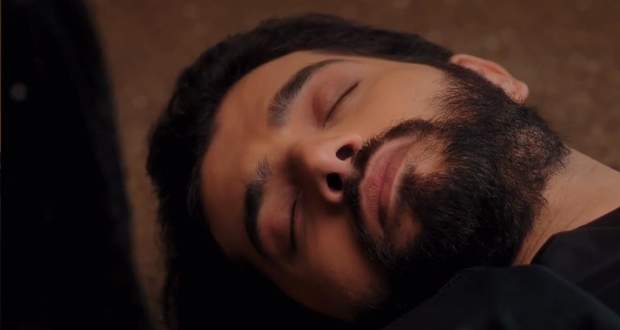 Naagin 5 Latest Spoiler: Veer to die after his clash with Jai

In the upcoming episodes of Colors TV’s popular serial Nagin 5, Veer will die after getting severely injured by Jai’s attack.

Up until now in Naagin 5 story, Bani and Veer got married to take revenge on each other, while Jai returned alive with his evil intentions to gain Naagmani from Bani.

Now as per the recent twists of Naagin 5, Veer and the other Cheels will surround Jai in the jungle with a plan to kill him. Further, Veer and Jai will get into a fight and Veer will be severely injured.

He will further die when Jai will make his other attempt to kill him according to the spoilers of the Naagin 5 serial.

Let’s see if other Cheels with spare Jai after Veer’s death in the upcoming story of Naagin 5.

© Copyright serialsindia.com, 2018, 2019, 2020. All Rights Reserved. Unauthorized use and/or duplication of this material without written permission from serialsindia.com is strictly prohibited.
Cached Saved on: Saturday 26th of November 2022 09:06:38 PM