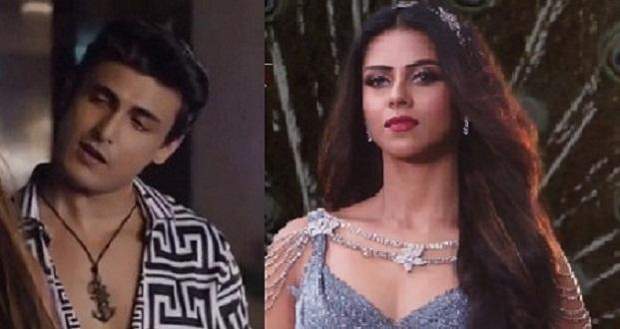 Naagin 5 Latest Gossip: Mayuri and Ponky to get engaged

In the approaching episodes of Colors TV’s popular serial Nagin 5, the Singhaniyas will fix Mayuri and Ponky’s engagement.

So far in Naagin 5, Mayuri entered the Singhaniya house to reveal Bani’s identity in front of Veer. Later, Jai and Mayuri separately made plans to attack Bani.

Now as per the gossips of Naagin 5, Singhaniyas will plan to get Mayuri and Ponky engaged, while Mayuri will get a golden chance to be present in the Singhaniya mansion permanently so she will agree to marry Ponky.

Meanwhile, Jai will plan something else to attack Bani so that he could get the Naagmani according to the spoilers of Naagin 5.

Let’s see what will happen next in the Nagin 5 future story.

© Copyright serialsindia.com, 2018, 2019, 2020. All Rights Reserved. Unauthorized use and/or duplication of this material without written permission from serialsindia.com is strictly prohibited.
Cached Saved on: Monday 6th of February 2023 05:55:00 AM