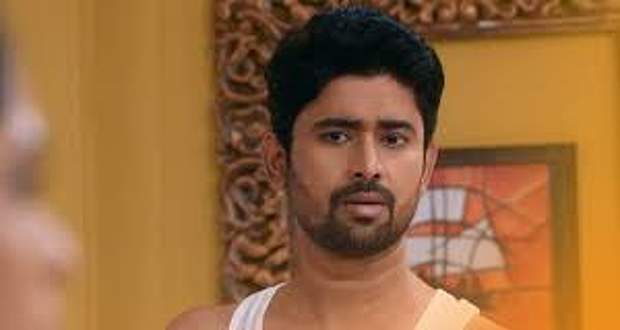 Kumkum Bhagya Gossip Update: Sanju to be exposed in front of Pragya

In the forthcoming episodes of Kumkum Bhagya serial, the audience will see that Sanju gets exposed in front of Pragya during the marriage ceremony.

So far, in Kumkum Bhagya's story, Sanju and Prachi are getting married. Sanju hides his face under a mask. Nobody comes to know about his real identity.

Now, as per the gossip news of Kumkum Bhagya serial, Pragya will point a gun on Sanju's head and will force him to reveal his real face.

Prachi will try to escape, and Ranbir will attempt to remove the mask from the groom's face according to the spoilers of Kumkum Bhaagya serial.

© Copyright serialsindia.com, 2018, 2019, 2020. All Rights Reserved. Unauthorized use and/or duplication of this material without written permission from serialsindia.com is strictly prohibited.
Cached Saved on: Wednesday 1st of February 2023 08:38:13 PM