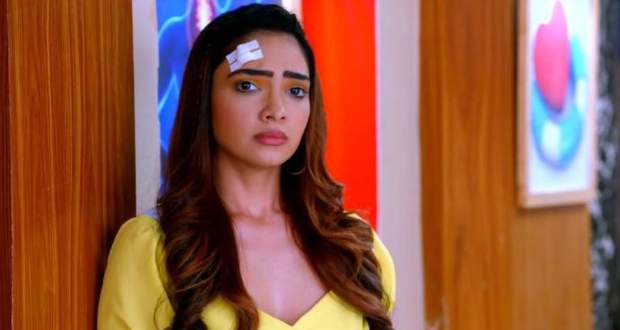 In the upcoming episodes of Kumkum Bhagya serial, Rhea will seek help from Aliya after Ranbir gives the truck's information to the police.

Up until now in Kumkum Bhagya story, Prachi is in the hospital after getting in an accident which was caused by her twin sister, Rhea. Ranbir was present at the time of the accident and asked Rhea to help him get her to the hospital.

Now as per the spoiler updates of Kumkum Bhagya serial, Ranbir will call the police and give them the description and number of the truck that hit Prachi.

Rhea will get to know about this and fear that she will get caught. So, she will seek Aliya's help while Aliya will not waste a second and will make sure that the driver does not speak a word about Rhea to the police according to the gossip twist of Kumkum Bhagya serial.

Let's see what happens next in the future episodes of Kumkum Bhagya serial.

© Copyright serialsindia.com, 2018, 2019, 2020. All Rights Reserved. Unauthorized use and/or duplication of this material without written permission from serialsindia.com is strictly prohibited.
Cached Saved on: Monday 6th of February 2023 06:22:25 AM