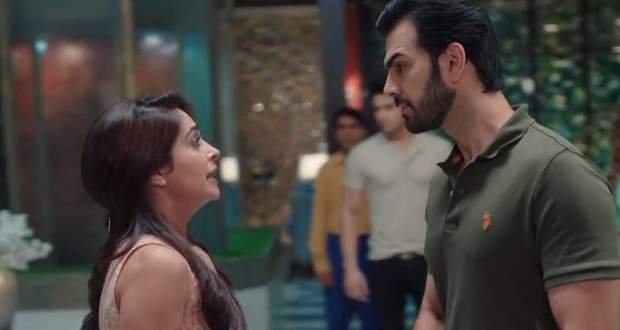 In the forthcoming episodes of Kahan Hum Kahan Tum serial, Sonakshi will learn about the lies told by Rohit, Nishi, and YK and will turn against Rohit.

In the present story of KHKT story, Rani has made an entry in Sippy house and is manipulating Pooja. However, Nishi is the one to bring Rani as Pooja’s fake mother to build hatred in her.

Now as per the spoiler twists of Kahaan Hum serial, amongst this drama, Sonakshi will blame herself for bringing a woman like Rani in their house.

However, she will later learn the truth about Rani’s arrival being Nishi and Rohit’s plan. She will get really hurt with Rohit’s manipulation and will turn against him as per the gossip updates of Kahan Hum Kahaan Tum serial.