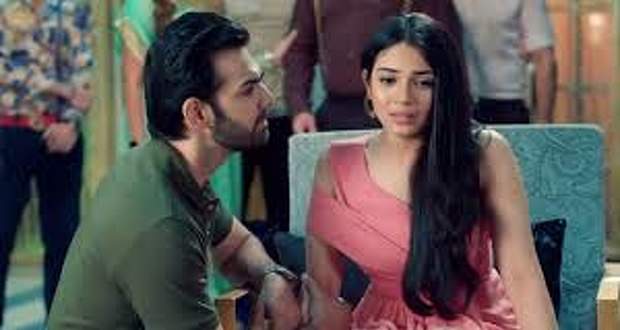 In the upcoming episodes of Kahaan Hum Kahaan Tum serial, Pooja will be spotted lying on the floor and covered with blood and Sonakshi will be the first one to see her in such a state.

As per the present story of Kahaan Hum Kahan Tum serial, Pari published the adoption story of Pooja as part of her revenge. But she publishes the story under Sonakshi's name.

Rohit got angry with Pari for her actions and also blamed her for destroying her sister's life. He trusts Sonakshi, but Sippy's family tells Sonakshi to stay away from Pooja's matters.

According to the spoiler twist of KHKT serial, Sonakshi will be upset as her new family has trust issues with her.

Also, when Pooja will discover the real truth about her life, she will try to commit suicide and shall be found by Sonakshi in the future episodes of Kahaan Hum Kahaan Tum show.

© Copyright serialsindia.com, 2018, 2019, 2020. All Rights Reserved. Unauthorized use and/or duplication of this material without written permission from serialsindia.com is strictly prohibited.
Cached Saved on: Monday 26th of September 2022 07:36:33 AM