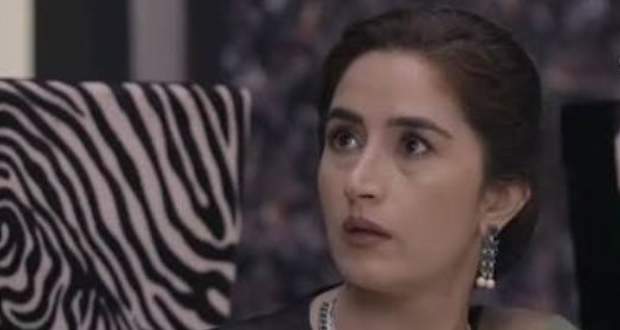 In the Ishq Mein Marjawan 2(IMM2) upcoming episode, Anupriya will tell Kabir that Riddhima is of no use to them and will ask him to kill her.

Up until now in IMM2 story, Riddhima wants to find out about Ragini's murder and is trying to search for clues about the same. However,  both Aaryan and Kabir do not want Ragini's murder mystery to unveil.

Now as per the latest twist of serial Ishq Mein Marjavan 2, Riddhima will suspect Aaryan's involvement in Ragini's murder.

Further, Aaryan will overhear Riddhima talking about finding the truth about Ragini's death and will plan to get rid of her.

At the same time, Anupriya will be seen offering a gun to Kabir and will asking him to kill Riddhima as per the future updates of serial Ishq Mein Marjavan 2.

Let's see if Riddhima finds out the truth or Kabir kills her in the upcoming spoilers of IMM2.

© Copyright serialsindia.com, 2018, 2019, 2020. All Rights Reserved. Unauthorized use and/or duplication of this material without written permission from serialsindia.com is strictly prohibited.
Cached Saved on: Wednesday 1st of February 2023 06:44:51 PM