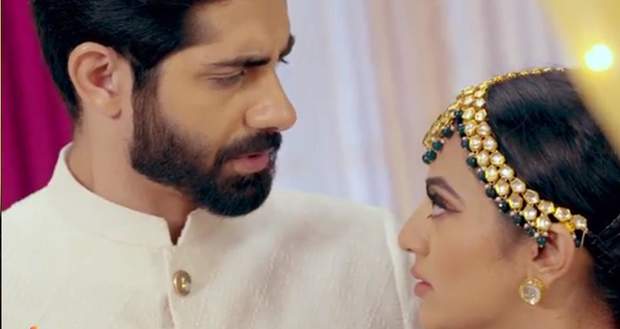 In the upcoming episodes of Colors TV’s Ishq Mein Marjaawan 2 serial, Riddhima will be shocked to learn that Vansh is lefty and will doubt him for Ragini's murder.

Up until now in IMM2, Vansh revealed Anupriya’s truth in front of everyone, while Anupriya tried to harm herself to emotionally blackmail Vansh. Later, Vansh forgave her to be sure that she doesn’t harm herself in guilt.

Now as per the latest serial spoiler of Ishq Mein Marjavan 2, Anupriya will keep a board full of nails in Riddhima’s way to injure her, while Vansh will rush to Riddhima and will save her from falling down. Meanwhile, Ishani will reveal that Vansh is ambidextrous and can easily use his left hand as well as the right hand.

Riddhima will further be in doubt as Ragini’s murderer is also lefty according to the future twists of Ishq Mein Marjawan 2 serial.

Let’s see if Riddhima will be able to find out the truth in the next episodes of Ishq Mein Marjaavan (IMM 2) serial.