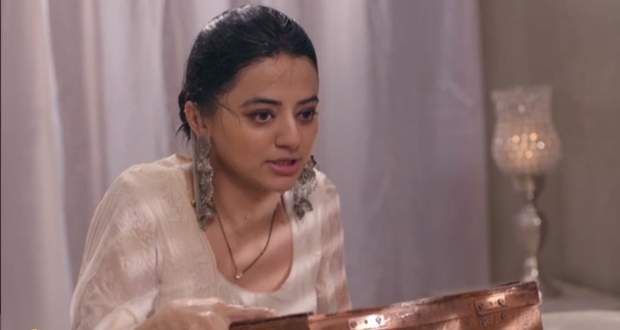 In the forthcoming episodes of Ishq Mein Marjavan 2 serial, Riddhima will try to find Anupriya’s secret locker to collect evidence against her.

Up until now in IMM2, Riddhima got to know that Kabir and Anupriya want to ruin Vansh’s life. She was further warned by Anurpriya to not to interfere in her life.

Now based on the serial gossips of Ishq Mein Marjawaan 2, Riddhima will try to find Anurpriya’s secret locker to collect evidence against her. Later, she will get the locker box and will try to unlock it.

Meanwhile, Anupriya will be worried on knowing that Riddhima got her locker box and will try to find her everywhere in the house according to the latest twist of IMM 2 serial.

Let’s see if Riddhima will be able to collect any evidence in the future story of Ishq Mein Marjaawan 2 serial.

© Copyright serialsindia.com, 2018, 2019, 2020. All Rights Reserved. Unauthorized use and/or duplication of this material without written permission from serialsindia.com is strictly prohibited.
Cached Saved on: Saturday 28th of January 2023 01:13:21 PM