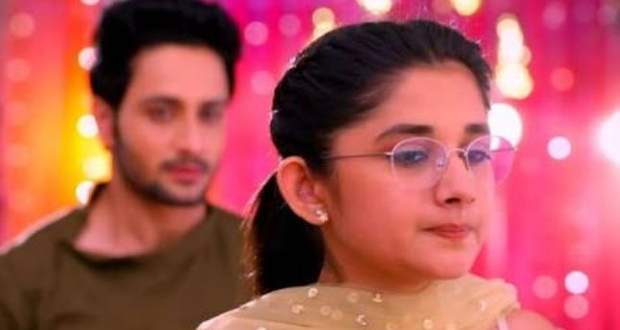 In the GTNHP upcoming episodes, Pushpa will bring a special Haldi for her daughter-in-law Niya but it will get spilled on Guddan and Agastya.

So far in Guddan's story, Sarawati threatens to send Aarav to jail if she refuses to marry Mani.

Later, Durga insists Guddan on marrying Mani and she agrees.

Now based on the gossip updates of Guddan Tumse Na Ho Payega, Saraswati will tell Pushpa to conduct Guddan-Mani's Haldi on the same day as Niya-Agastya's.

Further, Pushpa will ask Sona to bring the bowl of Haldi which she specially prepared for Niya.

However, Sona will accidentally slip and will spill the Haldi on Agastya and Guddan as per the latest spoilers of Guddan Tumse Na Ho Paega.