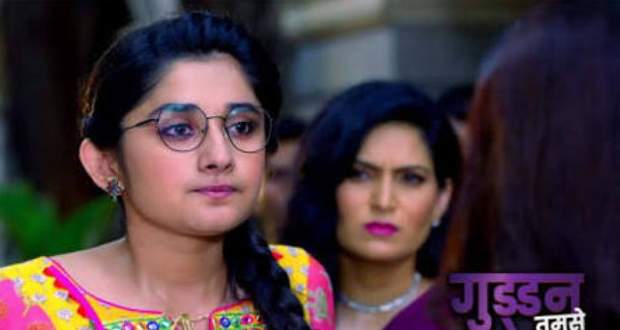 In the upcoming episodes of Guddan Tumse Na Ho Payega, Guddan will agree to marry Agastya on Durga's insistence.

So far in GTNHP story, Guddan reveals to Pushpa that Niya slapped Rashi but Pushpa refused to believe in her.

Further, Mani proposes to Guddan for marriage but Choti Guddan is reluctant to marry him.

Now based on the gossip twists of Guddan Tumse Na Ho Payega, Durga will ask Choti to rethink her decision of denying to marry Mani.

Moreover, she will say to Choti Guddan that Mani is a kind-hearted person and she should marry him as per the upcoming spoilers of GTNHP serial.

Later, Choti will agree to marry Mani and Durga will announce in front of the family that Guddan has accepted Mani's marriage proposal.

Let's see what turn Guddan's life takes after her decision of marrying Mani in the future updates of Guddan Tumse Na Ho Paega.

© Copyright serialsindia.com, 2018, 2019, 2020. All Rights Reserved. Unauthorized use and/or duplication of this material without written permission from serialsindia.com is strictly prohibited.
Cached Saved on: Monday 6th of February 2023 04:21:52 AM