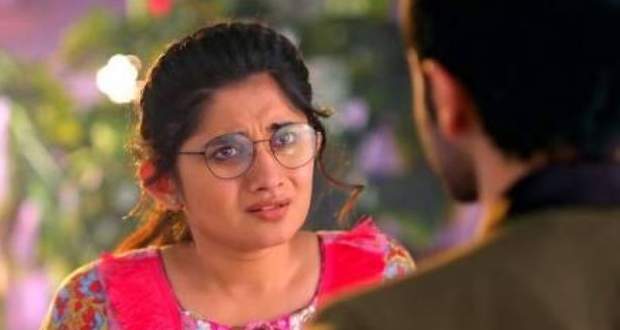 Guddan Tumse Na Ho Paega Spoiler: Guddan to save a girl from Agastya

In the upcoming episodes of Guddan serial, Choti Guddan will think that Agastya wants to kidnap a girl and will try to save her.

So far in Guddan story, Pushpa asks Guddan to arrange a huge amount of money if she wants her restaurant back. Further, Guddan spoils Pushpa’s deal, and the latter refuses to return the restaurant.

Now based on the gossip news of GTNHP serial, Guddan will go to a temple and will witness a girl hiding from a man. Further, Guddan will think that Agastya wants to kidnap her and will hide her.

However, the girl will later turn out to be Agastya's daughter as per the spoiler twist of GTNHP serial.

Let's see if Guddan finds out about the girl being Agastya's daughter or not in the future story of GTNHP serial.

© Copyright serialsindia.com, 2018, 2019, 2020. All Rights Reserved. Unauthorized use and/or duplication of this material without written permission from serialsindia.com is strictly prohibited.
Cached Saved on: Monday 6th of February 2023 04:42:23 AM