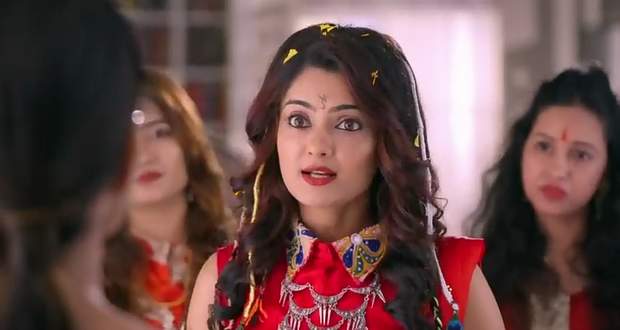 In the upcoming episodes of GTNHP serial, Guddan will get shocked to learn that Saraswati is now known as ‘Saru Maa’.

Up until now in Guddan's story, Guddan learns that Pushpa has decided to destroy the restaurant and rushes to confront her. Further, Pushpa insults Choti Guddan in front of her guests and calls her a coward.

Now based on the latest twist of Guddan serial, Pushpa will refuse to give the restaurant, and meanwhile, Saraswati will arrive. Moreover, Guddan will get shocked to learn that Saraswati has now changed her identity, and is well recognized as Saru Maa.

Later, Saraswati will insist Pushpa on giving Choti Guddan one more chance to get her restaurant back as per the future news of Guddan Tumse Na Ho Payega.

Let’s see how Guddan makes use of the new opportunity to get her restaurant back in the upcoming story of GTNHP.

© Copyright serialsindia.com, 2018, 2019, 2020. All Rights Reserved. Unauthorized use and/or duplication of this material without written permission from serialsindia.com is strictly prohibited.
Cached Saved on: Tuesday 16th of August 2022 12:35:48 PM