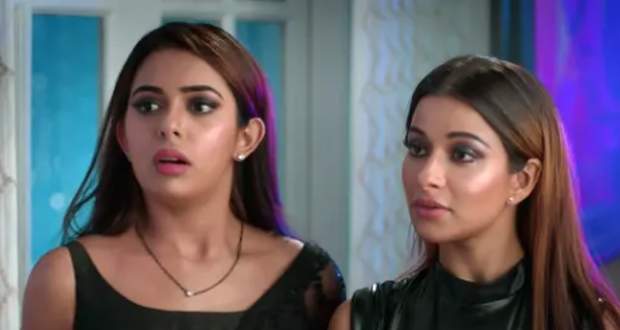 Laal Chakor will bring Drishti and Divya in the cave using Shikhar and will try to kill them in the future episodes of Divya Drishti serial.

Up until now in Divya-Drishti serial, Laal Chakor has created havoc and killed Rashi. Mahima has asked Divya and Drishti to never return in the cave but they want to find the truth.

Later, Rakshit and Drishti share some romantic and cozy moments together. Further, Divya married Shikhar to open the gates of the cave.

Now based on the spoiler twist of Divya Drishti serial, Shikhar, Rakshit, Drishti, and Divya will open the gate of the cave but Shikhar won’t allow them to enter inside.

However, they will not listen to his plea and will enter the cave. It would be in fact Laal Chakor’s plan to kill Divya and Drishti in the cave.

He will trap the two sisters and his first target will be Divya as per the gossips of Divya Drishti serial.