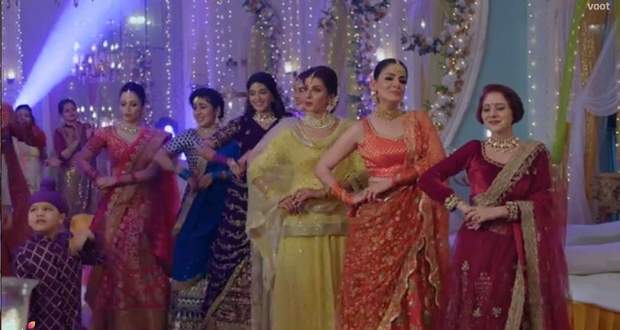 In the upcoming episodes of Colors TV’s popular serial Chhoti Sarrdarni, the Gill family will be all set to begin the functions of Vikram and Aditi’s marriage.

Up until now in Choti-Sarrdarni, Sarabjeet got shocked to get a summon from Serbia against Meher. Later, Vikram faked a video of Manav and threatened Kulwant that Manav wants to talk to her.

Now based on the latest spoiler of Choti Sardaarni, all the husbands will play a game to identify their wives who will be fully covered with a Dupatta. Sarabjeet will stop Vikram from identifying Meher as Aditi and will tell him that she is the love of his life.

Further, the Gill family and the Diwan family will begin all the functions of the marriage and will enjoy them together according to the gossip news of Chhoti Sardaarni serial.

Let’s see what happens next in the future story of Chhoti Sarrdaarni serial.

© Copyright serialsindia.com, 2018, 2019, 2020. All Rights Reserved. Unauthorized use and/or duplication of this material without written permission from serialsindia.com is strictly prohibited.
Cached Saved on: Wednesday 1st of February 2023 05:28:28 PM