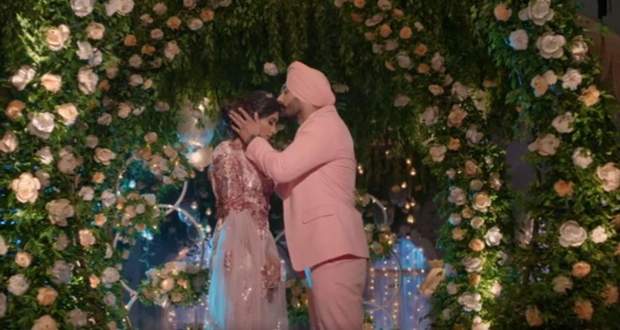 In the forthcoming episodes of Choti Sarrdarni serial, Meher and Sarabjeet will celebrate their first wedding anniversary while dressing up as oldsters.

The current story of Choti Sardaarni serial circulates around the reentry of Manav in Meher's life. Manav tried to persuade her into leaving Sarabjeet and live her life with him but Meher refused to do so. Afterwards, Meher and Sarabjeet confessed their love for each other.

Now as per the latest gossips of Chhoti Sardarni serial, Sarbjeet and Meher will celebrate their first marriage anniversary and will promise each other to love and be by each other's side even when they become old.

The couple will dress up as old people and will dance with each other. Meanwhile, Manav will witness them dancing and will get drunk according to the spoiler twists of Chhoti Sarrdarni serial.

Let's see what drama stirs next in the future episodes of Chti Sardarni serial.

© Copyright serialsindia.com, 2018, 2019, 2020. All Rights Reserved. Unauthorized use and/or duplication of this material without written permission from serialsindia.com is strictly prohibited.
Cached Saved on: Monday 6th of February 2023 05:41:16 AM