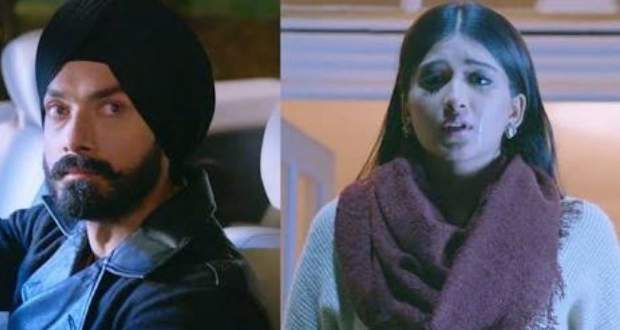 Choti Sardarni Latest Update: Sarabjeet to save Meher from getting shot

In the forthcoming episode of serial Chhoti Sardarni, there will be a shocking twist as Meher will be seen approaching Sarabjeet to save him while a gunman will shoot him.

So far in Choti-Sardarni's story, Kulwant planned to set herself free from Manav’s murder charges. On the other hand, a masked man sneaked into Meher-Sarabjeet’s room at night to kill Sarabjeet.

The gunman will be about to shoot Sarabjeet but the latter on witnessing Meher approaching him will stand up to take the gunshot.

Let’s see if Sarabjeet survives this dangerous attack by his enemy or not in the upcoming spoiler of serial Choti Sarrdarni.