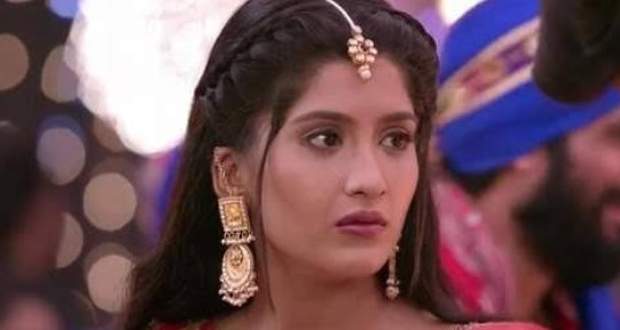 In the forthcoming episodes of Choti Sardarni, Meher will learn from Manav that Sarabjeet did not want to save her son Karan during her delivery.

Up until now in Chhoti Sardarni serial, Suryapratap tries to kill Meher but commits suicide after getting caught by his son.

Later, Manav learns that Karan is his and Meher's son and confronts Meher about the same.

Now according to the latest twist of Choti Sardarni, Manav will show Meher's delivery report to her and will tell her that Sarabjeet chose to save Meher and not Karan.

Further, he will also say to Meher that Sarabjeet never wanted Karan to be born as he is Manav's child.

Manav's revelation will shock Meher and she will get dejected as per the gossip updates of Choti Sardarni serial.

Let's see if Meher confronts Sarabjeet about Manav or not in the future story of Choti Sardarni.

© Copyright serialsindia.com, 2018, 2019, 2020. All Rights Reserved. Unauthorized use and/or duplication of this material without written permission from serialsindia.com is strictly prohibited.
Cached Saved on: Wednesday 1st of February 2023 09:42:24 PM