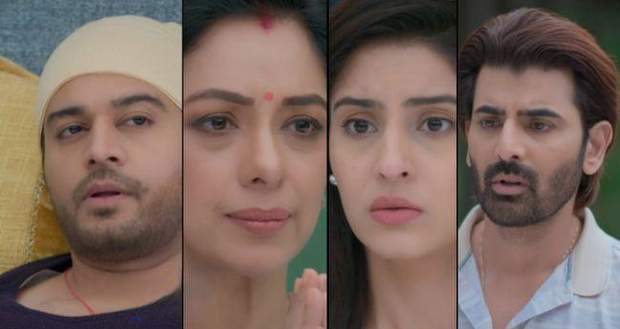 So far in the episode of the Anupama serial, we see Anuj has come out of the coma and clarified everything about the accident between him and Vanraj.

He has also heard the demeaning accusations of Barkha and Anuj on Anupama regarding her ex-husband Vanraj and taunts them that he’ll send a legal notice to take back the shared business from Ankush.

In the upcoming story of Anupama, we will see Vanraj warning Barkha and Ankush to leave the house while there is still time else Anuj himself would throw them out.

Anuj will be disgusted with Barkha and Ankush and Anupama will demand them to leave the house immediately.

Will Anuj take back Ankush’s share in the business for good?

Will Barkha and Ankush leave the house or will they play some other game to trouble Anu?

Stay tuned to know what happens with Barkha, Ankush, and Adhik in the future story of Anupama.

© Copyright serialsindia.com, 2018, 2019, 2020. All Rights Reserved. Unauthorized use and/or duplication of this material without written permission from serialsindia.com is strictly prohibited.
Cached Saved on: Wednesday 1st of February 2023 08:36:47 PM